The fog moved down from the mountains and slipped around the car like a cat preparing for sleep, and she moved.

Part of the the land of if collection 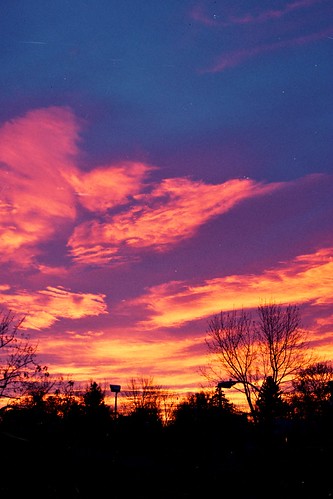 The back of the car creaked as you pulled yourself up onto its trunk beside her. A paper Pepsi cup blew around with the leaves on the other side of the street. Sidney rested her hand on top of yours, yours on the cool metal car, but she didn’t squeeze or hold it. Just rested flat fingers on your fingers flattened.

She paused, mid-word, to consider the thought she wanted to share. The water kept rushing over the man-made dam, damn what she might say – what might it mean. And the sun kept motioning to us that it wanted to set, but to us, in this moment, these words possible, held meaning. The world revolved around the two of us.

Sidney kept it about herself, wrapped tightly like her jeans. You wondered what she thought, not that it mattered to you her judgment, but still you wondered what sparks shot through her mind when she’d look away at some distant object – a tree branch, a swirl in the creek, a bunch of rocks left in a pile by some geographic event long before either of you ever even considered taking up residence here in these bodies. You wondered constantly. Still she made you home when she turned back and smiled.

She was obsessed with finding the space between – between two places, between body parts, between her and you – eyes always gauging distance. Parallax nonplussed. You knew without saying that she knew without second thought: to know how far apart you are is to know how close you’ve gotten. 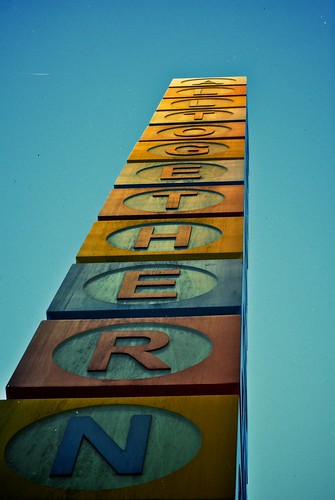 You were thinking about her, here, not Sidney-on-your-shoulders leaning dangerously back to read the letters stacked atop. Thinking about the one you’d set off looking for. Why?

Sidney’s cold fingers on your forehead: all together now.

She liked to run the radio. You doubt – streams of cars, endless fences – she’d have made it this far if she didn’t have the same good taste in music that you did. Sometimes – sunlight fading – you wanted quiet and you’d grab her fingers away from that volume dial, press them lightly back to her thigh. She’d waggle them in a tickle under your palm – just a sec, got the message, dad.

Sometimes – power lines, shadow signs – you suspect you like such moments.

The fog moved down from the mountains and slipped around the car like a cat preparing for sleep, and she moved, shifted her weight against you. One eye open, peeking out of that space halfway between wake and sleep. Must be hot and heavy in here, she giggled quietly, the windows’re all steamed up.

She snored once, and was asleep.

In your borrowed bathroom, crickets and shower static sing. You brush your teeth in the steamed up, soap-spotted mirror. She’s quiet in the shower stall, Sidney singing me & bobby mcgee until you asked her politely (yet pointedly) to stop reminding you of the other one. The one whose face you almost see behind the water that runs down the frosted glass.

Light through the window from a single out-of-place streetlight reflects off her skin. She’s standing – hands clasped together – pressed against the wall and head against her hands. Like she’s praying. It’s been like this for several days now.

Got soap? she whispers, her face turned toward yours two inches from the glass. You might as well be inside.

An empty street. Only the traffic lights clicking red, yellow, green. Too late for most of us. What had you’d said? She turned, on those solid yellow double lines, stopped dead. Turned and looked up at you. There were her fingers curled in yours. Stopped.

I do love you, you know. And that was all she ever had to say.

Stopped. Headlights. And then, motion, breath — she tugged at your arm and all had started up again.

You couldn’t tell from here, but she was totally stoned. Still didn’t stop her from dancing nude as a nature sprite around that backyard garden while you waited in the hammock.

She stopped her seemingly ceaseless spinning and covered her eyes to see you in her shadow. Huh? You smirked and said nothing. Sidney spun on her axis and the world spun around Sidney.

Picking the burrs off your jeans and wiping the sweat from your cheeks. Not a cloud in the sky but still white with haze. You watch her, wait for a signal. And you eventually ask, What the hell are you doing?

Spinning counterclockwise, she answers at you amid her continued leftward arc.

She wore the conflicted clothes of a tomboy discovering the girl inside, but when she pointed to the barette with an ice cream cone, you had no doubt who ran this club.

The heat, the heat, relentless, and the motion and the bustle and what you wanted to do most was close your eyes and sleep. But you needed to keep them open.